Getting field time for the wind sensors has been a priority from the beginning of the design effort. The following images are a collection of how they fare in some of the cold and snowy conditions.

The first image shows several design variants. The red one was the first design. Drip edges were introduced in the next iteration. The vane fin and anemometer cups were initially 3D printed. A number of cup designs were tested before tooling the injection mold. 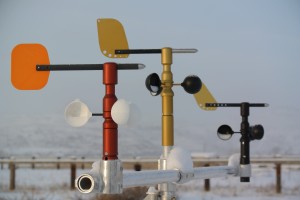 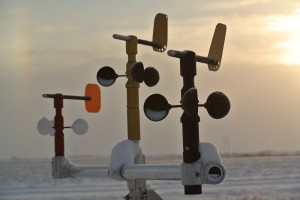 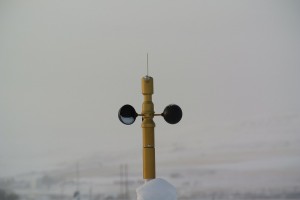 Several cold, dark, and foggy days led to an accumulation of frost. A slight breeze was just enough to turn the cups but not dislodge the ice crystals. 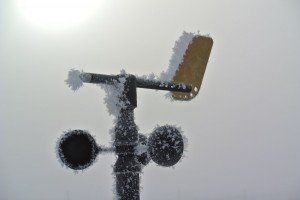 Snow is always a challenge. 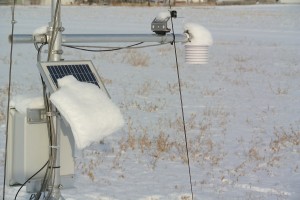 Snow accumulation melts off a bit.

Snowed in wind sensors did not freeze. The still morning air gave way an hour later, and the cups then turned freely. 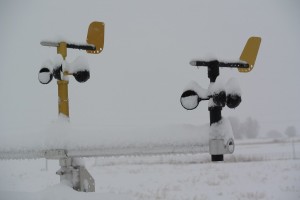 Not frozen, just snowed in due to still air.